You might be familiar with the term “dark pattern” which describes a design that tricks users into doing things that aren’t in their best interest.

Dark patterns exist in all sorts of interfaces, but today I wanna focus on game interfaces. So think about the last video game that you couldn’t stop playing. Why was that? Would you consider it engaging or addicting? But the better question is what’s the difference.

In-game design, there’s a fine line between designing for engagement and addiction which at some level have similar player behaviors.

Dark patterns’ use is to manipulate players into an addiction to the game. Patterns that promote players coming back time after time ensure the players are engaged. But pure engagement would exist in the absence of these dark patterns.

There is a couple of examples of dark patterns in video games, but like traditional UX, context matters. So, why dark patterns exist, there isn’t always a malicious intent.

Oftentimes dark patterns are implemented in an attempt to boost player retention or adoption, but these games are often short-sighted and aren’t in the best interest of the player.

So with that in mind, let’s consider daily rewards.

In a lot of free games, designers will put in place daily rewards in an attempt to get more players coming back. Now on their own daily rewards aren’t a dark pattern. But pair that with excessive push notifications that are difficult to turn off or any sort of punishment for missing a daily reward and this component can become a dark pattern. It may lead players down two paths, deleting the game or becoming addicted to the game.

In another case, have you played a modern video game with a lot of levels, but the game didn’t allow you to pause or save your progress in the middle of a level? That’s also a dark pattern.

The game wants you to finish the level and keep playing and if you can’t pause the game, the hope is it’s more likely that you’ll continue playing.

Because a game has dark patterns doesn’t mean it isn’t enjoyable to play for a little while, but over time these small annoyances can cause players to have a distaste for a game. And that leads them away from being a promoter and on to be a detractor. 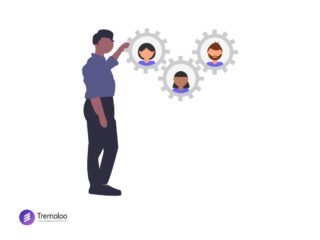