In general, teenagers seem quite effective on their mobile devices though they still make some mistakes. But, on desktop, efficiency seems to decrease. They often only use desktop computers at school.

So, much of their exposure to technology is via their mobile device. Their efficiency at devices with touchscreens was not transferred to the desktop. It’s almost a paradox – teenagers’ typing skills on mobile were often much better than on the desktop.

This behavior can also be seen on scrolling with mobile vs on desktop.

Myth #2: Teenagers only post on social media and play games.

When reviewing apps on several different teenagers’ phones, they had many apps related to school, work, and e-commerce. In fact, one participant from our studies shared that she often writes entire essays for school in the Google Docs app on her iPhone.

Several teenagers from our study had devices that were multiple generations old. Also, many users had defective devices such as a broken screen or a broken home button. A few participants also said that they have limited data and rely on WiFi quite often.

There are three pieces of web design advice directly from the teens themselves. 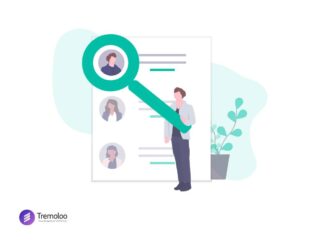